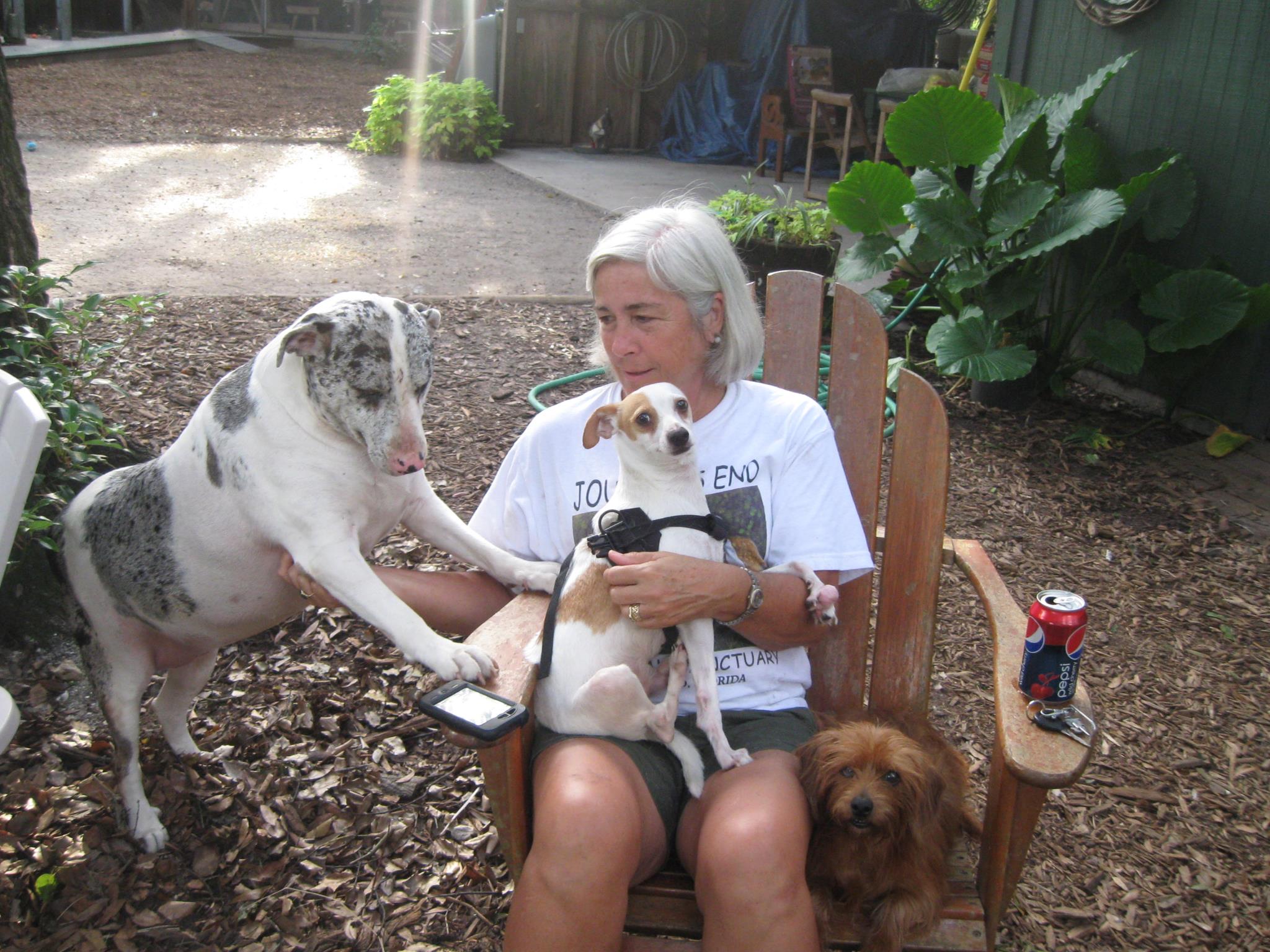 There are certain moments in life that take hold of you and do not let go. Forgive the cliché, but there is no better way to describe Journey’s End. It is a place helmed by Florence Thuot, a volunteer animal cruelty investigator who took her interest in providing for furry friends and turned it into a shelter for those in need.

Journey’s End is the product of an unshakeable love for animals that has blossomed into a forever home. If you find yourself in DeLand, Florida – a quaint town just north of Orlando that feels as if it is stuck in an older era – be sure to stop by. But be warned, you may find yourself inspired.

When you talk with Florence, you recognize an immediate sense of calm and clarity that seems basic to her nature. She is no nonsense. Florence herself says that she is not particularly religious, but she thanks God a lot for the help they have. The handful of volunteers and vets that support the animals at Journey’s End go above and beyond to help, often times going out to help dogs found on the side of the road. “People see that and want to help,” says Florence.

Florence and her husband began their career in animal care as volunteer cruelty investigators for the state of Florida. They would bring home animals to await court hearings and often times no court hearings took place.

Many of these animals suffered simply because they had a handicap that made them unwanted and unloved. The animals who couldn’t find an adoptive home, usually those with the worst handicaps, stayed with Florence and her husband at their home. What started with one or two animals, grew into a passion to care for any and all of the unwanted.

Providing a Home for Animals at the End of Their Journey

Now Journey’s End brings in handicapped animals off the street and provides them with top-of-the-line veterinary care at costs that run $3,000-$5,000 monthly. That visit to the vet is important if you’ve brought in a rescue pet.

However, as Florence told me, “this is not a re-fostering service.”

Journey’s End is not for young, adoptable animals because they can still find homes. Florence provides a home for any animal that has no other option. The animals of Journey’s End are family members, with personalities and needs as varied as any large community.

As with most rules in life, though, there was an exception: Weezer the dog. Weezer was young and healthy when he came to Journey’s End. The staff and the other animals all loved Weezer. So he lived his life there as the resident therapy animal.

But Journey’s End is much more than a home for dogs. Many cats have found a home and the range of abused and unwanted animals that now live at Journey’s End include horses, chickens, ducks, sheep and pigs. Florence will not turn away an animal in need unless it is a danger to the other animals.

Florence is very appreciative of the help she receives and credits that help with making Journey’s End possible. Through a bank donation, they were able to acquire a laser machine that stimulates good blood cells and expedites healing.

Another big help comes from a company that’s based out of Honolulu that makes wheels for certain animals at the home, like Skippy the dog. The wheels, and the frames that support them are their new hosts, are measured precisely and built to fit each animal. Skippy wears his pair out often, and each time they send him a replacement with nothing more than a card wishing him good luck. “People should know,” says Florence, “that you don’t put them to sleep. You put them in wheels.”

Florence and her husband lived all over the world, and in every place, they took in animals and adopted them out. Florence says, “When you do that, people know.” The same is true with Journey’s End. The animals there, however, must be prescreened for the safety of other residents. They no longer make calls but accept a lot of calls on behalf of interested parties. According to Florence, this great service almost didn’t become a reality.

After her husband died and she moved to DeLand, Florence didn’t take in many animals. At that time she was directing most of the musicals in town and got to know many people. Troubled teenagers could always come by and spend time at her home, so much so that it was dubbed the Runaway House, but Florence’s held onto a dream to move back to Europe.

Journey’s End evolved without even realizing it. What started with a dog or two, has grown into an establishment – a refuge. Before Florence knew it, Journey’s End was her crowning achievement. She had no problem putting other goals aside.

What’s Next for Journey’s End?

A lot of people ask what will happen when she dies, and Florence says that she’s prepared for that. There is a trust now with three major supporters, a board of directors, an advisory board with a CPA, two vets, a lawyer, and two board members. They now have several foster homes called Forever Foster. These homes are run with the same level of passion and commitment as Journey’s End. Once, with police knowledge, they liberated a white pit bull from an abusive surrounding and placed him in a home. A couple of months later, they found the dog on Craigslist.

Unfortunately, this type of scenario is not news to Florence. A few years ago during a very cold Christmas, she found a ten-year-old Great Dane in bad shape. His nails were receding and he was taken to the vet then released to Florence and her team. In the span of three weeks, he gained 30 pounds and was undergoing heartworm treatment. The police then came and took him away, giving him back to the owner who had put him in such a sad state in the first place. 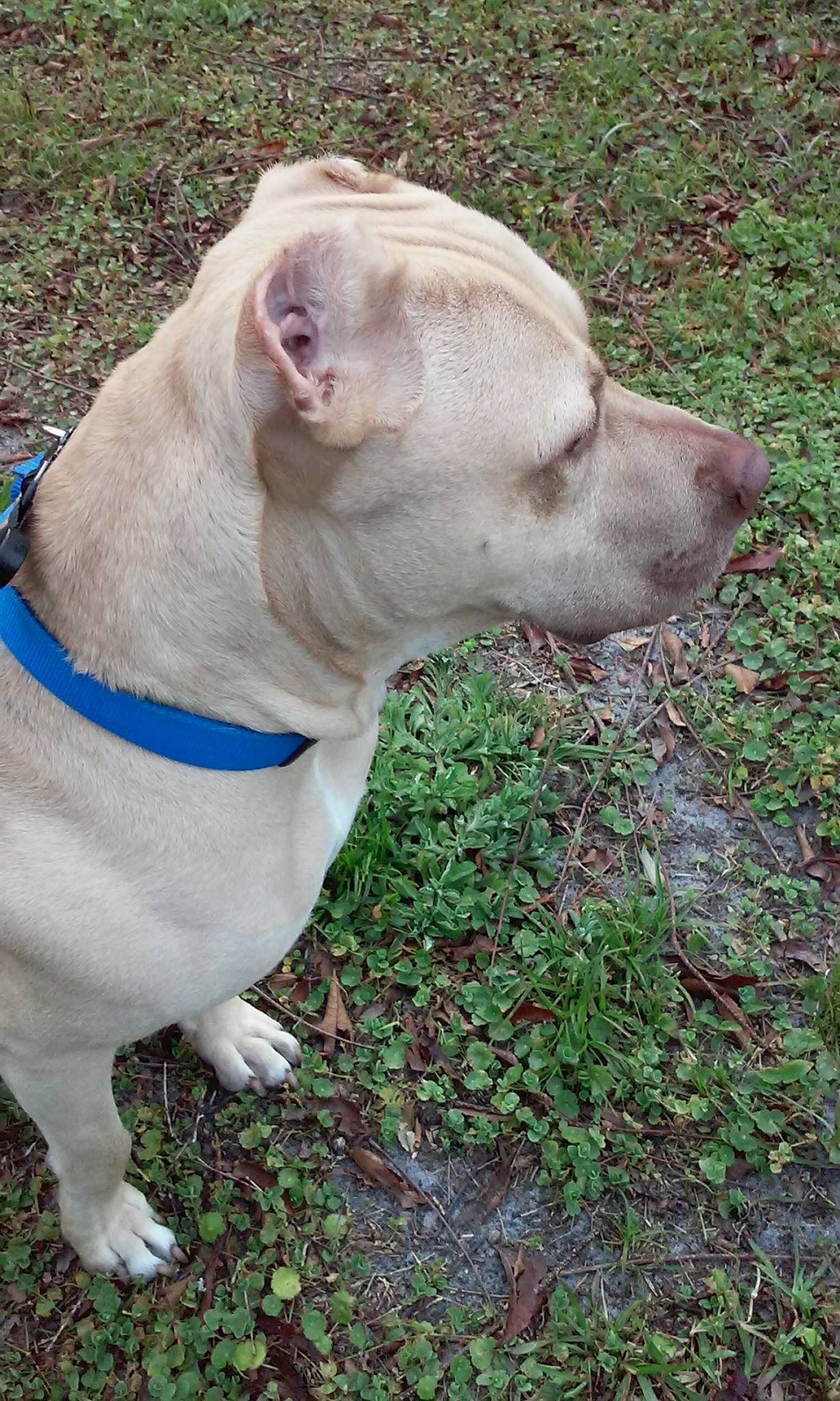 After that, Journey’s End and other affiliates had lawyers research the scenario, and now there is a bill of sale for every animal whose feet touch their property. The animals, who universally find a home with the love and care they need, are no longer at risk of being taken away.

At this point, because she’s alone, Florence’s main goal is to work with a young man to buy five acres behind the property and put up prefab homes with staff that can take a new animal and work with them. They don’t have cages at Journey’s End so they have to be very careful about the interactions of the animals.

The trees on the property are named for poets, and the buildings are named for characters or people, like Bo Peep’s Boutique or Corey’s Café. They’ve learned by trial and error what works.

A great dream would be to have another house, but if that were to happen they would need to know that other people have the same philosophy. Florence says that she even butts heads with the board at times, like when the board told her that she couldn’t have pigs, so she added one more.

What every visitor finds, regardless of their personal circumstances, is a home in which the power of love and understanding is on full display.

What Makes this Animal Sanctuary so Unique?

No other place in Florida does what they do. Journey’s End was incorporated in 1999 thanks to Best Friends in Utah. They sometimes work with other organizations like the Humane Society, but mostly they are self-sufficient. This is because the system at Journey’s End is different. They have a newsletter and a yearly calendar, which is handled by the staff.

The newsletter is a fun and upbeat way to keep people up to date with goings on and expenses. It is, much like Florence, full of personality. Eventually she’d like to consolidate the newsletters into a coffee table book.

She’d also like to have an art gallery in the driveway featuring local artists’ work for sale with a percentage going back to the home. Florence has already found six artists willing to donate. She had a Venezuelan artist come by years ago that used dogs and cats on paint on canvas. These paintings sold very well, but the artist moved away. Florence hopes that she can recreate the project with girl scouts from the DeLand area.

Florence hopes to focus on education in the future. They currently put on puppet shows at children’s schools. “Education should be their forte,” Florence tells me. They’d like to do some lectures at different schools, but unfortunately because of insurance cots, no animals could attend. Florence encourages UCF students who want to come and help out. The students come a couple times each year and are always eager for a project, like painting the garage and building the garden.

Many people are under the impression that, because of the property, they are well funded, but that’s not the case. This was Florence’s private home, which she chose to turn into a shelter for animals. Many of the vets that she works with do so on a volunteer basis. Their mission now is to spread awareness of their philosophy and educate others, because at the end of it all, every animal deserves a home. Animal Relief and Kindness Fund is very proud to support Florence Thuot and Journey’s End.